Reconsidering how we talk about legal professional privilege 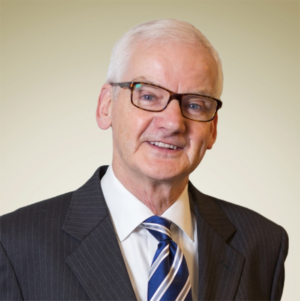 The Law Society announced last November its intention to intervene in Serious Fraud Office v Eurasian Natural Resources Corporation (SFO v ENRC) as it seeks to protect the right of clients to communicate confidentially with their lawyers.

The gradual erosion of a right

Earlier in (2017) alarm bells rang throughout the legal sector at the latest assault on one of the foundations of our justice system – legal professional privilege (LPP).

That was because on 8 May 2017 the High Court ruled the Serious Fraud Office could access materials gathered by lawyers during internal investigations into allegations of corruption, taking a narrow view of the scope of legal advice and litigation privilege.

The perverse effect of this ruling is that companies could be discouraged from self-investigating problems thoroughly.

Privilege is the route through which clients can be sure their communications with legal advisers are kept confidential. It matters whether you are a member of the public making a will or going through a divorce – who wants their private affairs aired in public? It also matters greatly in commercial situations.

The ruling in SFO v ENRC dilutes the protection of privilege for sensitive communications and could leave companies unable to communicate confidentially with their lawyers in the context of serious issues.

Last May the Law Society described the decision and its narrow definition of legal professional privilege – particularly litigation privilege – as deeply concerning.  It came on the back of a string of rulings over the past fifteen years which have challenged common understanding of privilege, who it protects and when it applies. We are pleased it is being taken to the Court of Appeal – and hopeful of making a meaningful intervention in the case.

Legal professional privilege has existed in some form since the reign of Elizabeth I. In earlier landmark cases, privilege was reaffirmed and acknowledged by judges as a fundamental part of the rule of law in England and Wales. More recent cases have tended to restrict that right, putting the jurisdiction at a potential disadvantage compared with others such as the USA and Singapore.

In 2004, in the Three Rivers No 5 case, the definition of the client to whom privilege applied was restricted to certain categories of employee in a company and, more recently, the Law Society and Bar Council had to argue fiercely to ensure privilege protections were enshrined in the Investigatory Powers Bill. Although its inclusion as a protected right in the final Bill was eventually achieved, the willingness of the government to incorporate legislative exceptions was disheartening.

As these challenges have arisen there has been a deafening silence as one of the oldest legal rights has been gradually eroded. The lack of public engagement with an issue that profoundly affects us all might be explained by a lack of effective communication.

The challenges to overcome

There are three main obstacles which the legal profession needs to overcome to engage more public support.

The first challenge is the language used by the profession, and the phrase legal professional privilege itself.

Although privilege is a right of clients, the phrase focuses on lawyers and ignores the client completely. To most people it is as meaningless a piece of jargon as computational geometry.

Other countries use more accessible language. In Canada, you will often find reference to ‘solicitor-client privilege’ and in Australia, the Australian Law Reform Commission encourages the use of the phrase ‘client legal privilege’, to emphasise the privilege is owned by the client rather than the lawyer.

If we need the support of the public and decision-makers in government to protect privilege, we need to be clear what we are talking about and how we talk about it.

The second challenge is around making privilege relevant.

In a society where the large majority of the public have limited interaction with lawyers, it can be hard to engage them on defending a legal right. Those who never interact with solicitors or barristers may believe they have no need for confidential communication.

When the public is not engaged, it gives others free rein to suggest – however unfairly – the only ones who benefit from privilege are either criminals or big business.

Unlike a more general right to privacy which is broad and applicable to everyone, privilege is a right we need to make relevant, even to those who may have only minimal contact with lawyers.

Finally, the third challenge is around understanding.

The law is incredibly complex and challenging to comprehend. Legal professional privilege is an area of law that creates difficulty even for those with a legal background. There are exceptions and limits to privilege, and hundreds of years of case law to examine, consider and appreciate.  Unlike privacy, which at its most basic level is easily accessible, we need to work harder to explain privilege. When it is misunderstood, it is easier to confuse and criticise. However, despite these challenges, it is still possible to improve how we engage the public.

How do we explain the value of legal professional privilege, when it applies and who it affects without losing the attention of our audience?

The first step is addressing how we talk about privilege. We need to avoid legal jargon and we need to speak plainly.

When speaking with the public, we can explain legal professional privilege as the right for clients to communicate confidentially with their lawyer. While there are further complexities such as the right to confidential communications with a third party if the dominant purpose is for litigation – this could confuse the issue unnecessarily.

The next step is making a right relevant and personal.

The right to talk to your lawyer confidentially is crucial. It is not a right most people expect to use, but, like insurance, it is important it is there when they need it. Through introducing more accessible language and helping making privilege relevant, we can also improve understanding, not just among the public but also among government decision makers.

If we want to engage the public in the defence of legal professional privilege, it is important they understand it. Those reading the news or listening to the radio or watching TV should not need a law degree to understand solicitors and barristers when they are debating the issue.

The Law Society is committed to protecting a client’s right to assert professional privilege and will vigorously defend that right in court.

Nonetheless, even if the ENRC appeal is successful, it is time to reconsider how we talk about privilege as a profession. We need to use clear and simple language, we need to engage the public on why it matters, and we need to be open about when it applies and who it affects.

It is no longer simply enough to push back when challenged. We need to speak positively about why legal professional privilege is a right worth protecting. We need to take charge of the narrative.