Lasting power of attorney risks – is there a resolution? 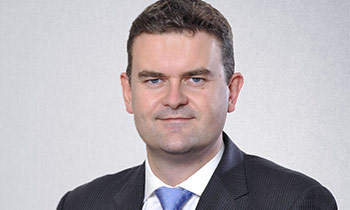 We have all seen it happen. A slow decline in an elderly person’s ability to manage finances or look after their personal care. They start to need a bit more help around the house, and decisions become more overwhelming. Family, friends and professionals become more involved in their personal lives, helping to share the responsibilities of looking after finances and dealing with health complications. Often unpaid, they carry on regardless of whether they are thanked or appreciated for the time they put in. In many cases they are acting as attorneys for the individual, chosen for their family relationship, financial acumen or general trustworthiness. And they carry on until the inevitable end, providing reassurance to the vulnerable that they are being looked after. It’s a job they’ve taken on out of love, compassion or duty, or a combination of all three.

But, in fact what the attorneys are really doing is looking for a chance to embezzle the vulnerable and line their own pockets.

Harsh? Yes. Fair? Hardly. But that might well be the conclusion reached following comments made by recently retired Senior Judge Denzil Lush when talking to the BBC earlier in the year about the role of attorneys under Lasting Powers of Attorney (‘LPAs’). His comments coincided with reports of the tragic case of the Dunkirk veteran, Frank Willett, whose unscrupulous attorney stole thousands of pounds from him.

Asked whether he would personally grant an LPA, Lush said he would not, and would prefer his affairs to be managed by a ‘deputy’ appointed by the Court. His views were amplified in the Foreword to the latest edition of his authoritative work on this area Cretney and Lush on Powers of Attorney (8th edn, 2017). They are a damning indictment of the LPA system from a judge who spent 20 years adjudicating at the Court of Protection. His long and distinguished career at the Court has given him a greater insight into the problems of LPAs than many others. And so, coupled with heart-rending stories of abuse and theft from elderly and vulnerable people such as Frank Willett, why should anyone grant an LPA?

LPAs were introduced a decade ago to replace Enduring Powers of Attorney (‘EPAs’). Although no new EPAs could be granted after 30th September 2007, there are still many thousands which are being operated or which will be invoked at some point in the future. However, EPAs provided little opportunity for flexibility for donors, were perceived to be open to abuse and could only be used in relation to property and financial affairs.

These issues were addressed under the Mental Capacity Act 2005 under which LPAs were introduced. LPAs can be granted in respect of both Property and Financial Affairs, and Health and Welfare, and separate forms must be completed for each. LPAs allow donors to appoint attorneys, and replacements if the attorneys themselves die or cannot act. The forms provide space for donors to express non-binding ‘Preferences’ and specify binding ‘Instructions’, which can be vital to help the Attorneys perform their role. Safeguards were initially introduced to combat fraud. Donors had to specify people to be notified when the LPA was going to be registered, and a ‘certificate provider’ had to provide independent verification (specifying his or her own ability to assess the situation) of the donor’s capacity to grant an LPA and that the donor was not being coerced into doing so.

The LPA system was intended to allow individuals to retain control longer, and to be involved in decisions wherever possible relating to health or finances. The overriding duty of an attorney is to act in the ‘best interests’ of the donor, but there is very little external regulation placed on the attorney, unless expressly stipulated in the LPA by the donor at the outset. The risks of an attorney stealing from the donor or exercising undue control could therefore be reasonably high if there are no other close family, friends or other concerned individuals interested in monitoring the situation.

Senior Judge Lush estimated that one in eight of all powers of attorney which have been created involve a degree of financial abuse, although he readily conceded that this estimate was not based on any formal research. No doubt he has seen the very worst in human nature, but what’s the alternative?

The option personally favoured by Senior Judge Lush is for the Court of Protection to appoint a deputy. Once mental capacity has been lost, the deputy will act on the individual’s behalf, but remain restricted to certain functions stipulated within the deputyship order. The deputy could act continuously in relation to property and financial affairs or personal welfare, or in respect of a specific one-off issue. There is an initial application fee payable to the Court of £400, plus an extra £500 if a hearing is required, in addition to professional fees which may be required if a deputy needs legal advice in commencing the process. The process of becoming a deputy can take several months at a time when the patient’s finances are likely to need attention. Expediting the process will, however, only occur in very urgent circumstances.

A deputy is not necessarily the person whom the patient would choose, but his or her presumed wishes should be taken into account. The Court can insist on a security bond being provided and its administrative arm, the Office of the Public Guardian (‘OPG’), provides regular monitoring of deputies for an annual supervision fee (presently £320 for estates worth £21,000 or more). In addition, there is a requirement for the deputy to file an annual report setting out details of expenditure, major transactions and assets.

Given the responsibilities placed on deputies and indeed attorneys, they should be subject to scrutiny, and the opportunities for fraud minimised. But if everyone went down the route of involving supervision from the OPG via the deputy route, it would be an optimist who could foresee the Court of Protection not being drowned in the flood of extra work that would result, thereby reducing the overall standard of oversight and potentially leading to cases falling through the net. Even now, this added scrutiny from the OPG doesn’t necessarily prevent fraud taking place, and often the first time a deputy’s malfeasance comes to light is when care home fees go unpaid.

It is often the case that we, as solicitors, advise clients to grant an LPA because it allows the client to decide whom to appoint as attorneys and when the appointment is going to take effect, as well as to stipulate workable restrictions and sensible guidance. We also generally advise immediate registration at the OPG which requires payment of an application fee of £82 per LPA (without which the attorney cannot act) to avoid delays at the OPG when the attorneys need to take over. All that then needs to be done is for the attorney to provide their ID to the asset holder and any confirmation of the donor’s lack of capacity (if required).

These are practical steps in resolving the thorny problem of giving someone else authority to act on another’s behalf. But there is always going to be a risk of someone exceeding their authority, whether as agent or attorney. So how to minimize the risks?

Regrettably, the stricter requirements to prevent fraud which were initially imposed on LPAs in 2007 have been watered down since 2015. Certificate providers don’t now have to indicate their professional expertise or knowledge of the donor, and there is no requirement to notify a third person of impending registration. Without checks being made on the certificate provider by the OPG at registration, the role of the certificate provider could easily be assumed by somebody in cahoots with the attorney, increasing the possibility of fraud. Despite the extra hassle these initial requirements caused and the often heavy-handed approach taken by the OPG in enforcing them, they did offer some barriers to fraud and abuse.

In the absence of those safeguards, a donor must choose practical and honest attorneys they trust from their family or friends. If there are particular concerns as to their trustworthiness, either they shouldn’t appoint them or they should put restrictions in place such as requiring joint decisions to be made in certain circumstances. If there are no friends or family who fit the bill, then a trusted professional could be appointed to act as an attorney, but their fees in doing so must be factored in.

There is a fine line to be trod between a donor’s freedom to choose how his affairs are to be managed when capacity is lost and the prevention of abuse of vulnerable people. It doesn’t quite feel as though we have achieved the right balance yet, but the instinctive reluctance by many to involve the state and its organs in their private lives will be a difficult hurdle to cross. The trouble really is that human nature is such that, whatever systems and checks are put in place, those who want to steal and abuse the vulnerable will find a way to do so.