FA’s inquiry into race allegations: kicking discrimination out of the field 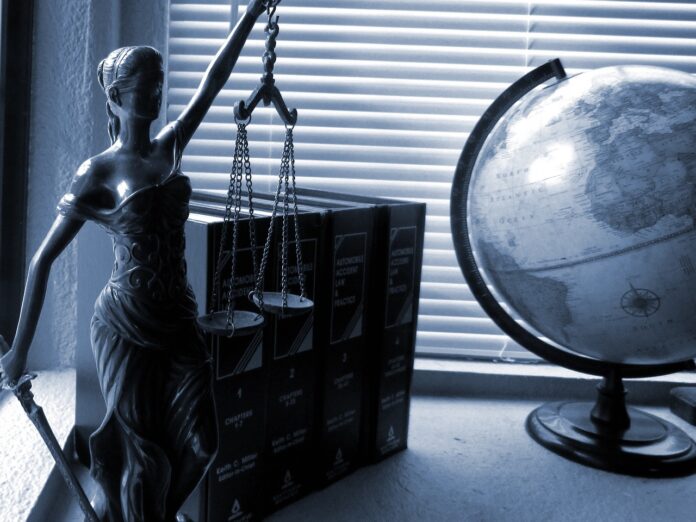 The Parliamentary Inquiry into the racism allegations made against Mark Sampson and consequently the Football Association marked the end of a sorry chapter for diversity in football. As allegations of sexual harassment circulate Parliament, there has seldom been a time in the UK where the propriety of how high profile and influential bodies investigate and respond to grievances is more in focus. The form of the grievance procedure and the protections afforded to whistle-blowers in place are now likely to be a subject of acute focus.  This article seeks to consider some of the things that went wrong with the FA’s handling of allegations of racism, and highlights some lessons that should be learned inside and outside of football in the future.

Looking after the players

Every employer should aspire to have an open and transparent grievance system where all individuals in their organisation feel like their experiences are valued and any allegations they make will be listened to, taken seriously and properly investigated. There are various aspects of the process which are particularly off putting for players bringing forward grievances to the FA in the future.

First, the length of the process itself. In this case, Eniola Aluko is said to have first made allegations of bullying and harassment against Sampson and his staff in May 2016. The final report of Katharine Newton, the independent barrister appointed to consider the allegations, is dated 17 October 2017. It was not until this final report that any of Eniola Aluko’s accusations were upheld, with earlier reports clearing Sampson and his team of any wrongdoing. In the final report, following the submission of further evidence, she found that on two separate occasions Mark Sampson had made comments that were discriminatory on the grounds of race within the meaning of the Equality Act 2010.

Second, some highlight that the timing that Eniola Aluko was dropped from the England team is rather telling. The manager is someone who properly has a wide discretion to make difficult and expert decisions. However, the nature of the role makes it difficult to point to where a decision about selection has or has not been taken because of race. There are those that point to the fact that Eniola Aluko was dropped from the England team for the first time in 11 years, following 102 caps, after giving her account of racial discrimination and a pattern of bullying behaviour against her. This looks highly coincidental. There are somewhat eerie echoes of what happened in the run up to Euro 2012, when Rio Ferdinand was snubbed by Roy Hodgson and excluded from the England squad. John Terry was facing allegations that he used racist and derogatory language against Rio Ferdinand’s brother Anton. At the time, John Terry was facing prosecution for those comments. This resulted in grave animosity between the players. Some believe that for the Euros it came down to a choice between Rio Ferdinand and John Terry, and that in the end Hodgson chose to prioritise enabling John Terry to play. John Terry was later acquitted of racially abusing Anton Ferdinand at Westminster Magistrates’ Court, but found guilty in FA proceedings. He was given a four-match ban and fined £220,000.

Regardless of whether there is any truth that the timing in both of these examples illustrates that something more sinister was at play, the FA should heed that these allegations are much worse from a public relations perspective when the players do not feel as though they have been supported. This was the case both in respect of Eniola Aluko and Rio Ferdinand.

Third, confidentiality clauses should not be used as a way of short cutting a proper investigation. Non-disclosure agreements can be advantageous to all parties in some cases, giving each party the ability to draw a line under an affair and move forward without the destruction of either party’s public image. However, that cannot be fairly said to have happened in the present case. Eniola Aluko felt that Martin Glenn’s actions were “bordering on blackmail” in intimating that she would not receive the second part of her settlement agreement if she did not agree to release a comment saying the FA was not institutionally racist. With an institution as powerful as the FA, pushing a victim to participate in the PR machine of the organisation in this way is lamentable. This practice suggests a lack of interest in getting to the bottom of the problem and an overwhelming desire to see the problem dealt with and brushed aside as quickly as possible. This case illustrates that pushing a player firmly towards confidentiality in place of a properly investigated grievance procedure is highly risky and can backfire.

Getting everyone on board

There are other points of view that the FA should consider before moving forward. First, for example, during the Parliamentary Inquiry Martin Glenn stated that Mark Sampson was considering filing a claim for wrongful dismissal. This underscores the need for proper process in investigating grievances, otherwise, those accused (sometimes justifiably) feel as though they are being used as a scapegoat rather than being held responsible for their actions. This danger is brought more sharply into focus by the fact that the initial inquiry by Katharine Newton found that there was no wrongdoing. It was after the story broke about the allegations that were being made by Eniola Aluko that Sampson was dismissed. On 20 September 2017, the FA fired Sampson with immediate effect, after full details of an investigation into safeguarding allegations made against him during his time at Bristol Academy were brought to their attention. He may feel that the negative publicity that attached to him after the allegations were made public had a decisive impact on the decision.

Katharine Newton’s final report in the end found that on two separate occasions Mark Sampson made what she described as “ill-judged attempts at humour, which, as a matter of law, were discriminatory on grounds of race within the meaning of the Equality Act 2010”. It does not instil trust if someone feels that their account has been vindicated, only later for it to be reviewed and altered. In the future, the FA should seek to ensure that any grievance, or issue with safeguarding, is properly and fully investigated quickly and effectively to ensure that all individuals (including those who have been accused) feel as though they have had a fair hearing.

Second, meaningful change has to have the support of the top brass. During the Parliamentary inquiry Greg Clarke described accusations of institutional racism and bullying as “fluff”. As Julie Elliott MP observed during the Inquiry, this speaks volumes. As she highlighted “language matters”. One is led to infer that this is how those at the top of the FA approached the allegations. In order to win the trust of the players, those in governance must focus on creating an atmosphere where grievances and whistleblowing are valued and taken seriously. In order for the culture of an organisation to be meaningfully changed, it must come from the top down. While some are calling for resignations, it would be disappointing if this resulted in simply replacing the old guard with a new set of individuals who believe that the previous administration was a bunch of bad apples. This will mean that meaningful change will not occur, and ultimately it will be the players who suffer.

Third, the FA has already been given a number of changes that should take place as soon as possible to start rebuilding trust. In her first report, Katharine Newton stated as part of her conclusions that there was no grievance procedure, nor any obvious grievance framework which covered players in Eniola Aluko’s position. She encouraged that some thought should be given to putting appropriate procedures in place to deal with players, given that they are very likely to be considered “workers” for the purposes of employment legislation. This is something which now, in light of Katharine Newton’s revised findings, should be a top priority for the FA. In her final report and in light of her revised findings, she further recommended that every employee of the FA should undergo training in equal opportunities and diversity matters. She pointed to the fact that training should be appropriately tailored to the footballing environment with a focus on “banter” and “jokes” and the appropriate boundaries thereof; this seems like a good place to start.

What shone through throughout the whole process was the strength and bravery Eniola Aluko showed in insisting that the allegations she was making were properly investigated. This should be an inspiration for future players. Hopefully because of her courage and resilience the FA will now review its grievance process or lack thereof, and proper protection will be in place for whistle-blowers and other players like her in the future.