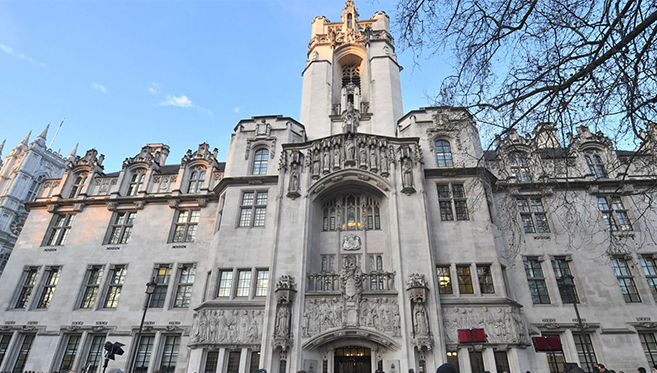 With the success of the ‘no fault divorce’ campaign and the government commitment to equality of access to civil partnerships, there is an optimism within the family law profession that change is coming.

On 27 June 2018, the Supreme Court delivered its judgment in the case of Steinfeld and Keidan[i] declaring that the provisions of the Civil Partnership Act 2004 which permit only same-sex couples the right to enter into a civil partnership are incompatible with the European Convention on Human Rights.

An anomalous situation has existed in England and Wales since the introduction of the Marriage (Same Sex Couples) Act 2013 which made marriage between same-sex couples lawful.  The provisions of the Civil Partnership Act were neither repealed nor were they extended to permit heterosexual couples to enter into a civil partnership.  Consequently since 13 March 2014 same-sex couples have been able to choose whether to marry or enter into a civil partnership whereas heterosexual couples only have the option to marry.

For some couples, like Rebecca Steinfeld and Charles Keidan, who were in a committed long-term relationship but who shared ideological objections to marriage, this distinction was a crucial one.  The Equal Civil Partnerships campaign argues that many cohabiting heterosexual couples would like to have their partnerships legally recognised but want to avoid the social expectations, pressures and traditional surrounding marriage[ii].  For those couples, the government’s inaction created an inequality which prevented them from formalising their relationship and gaining access to rights and responsibilities.

Although a declaration of incompatibility does not oblige the government or Parliament to take action, on this occasion political action followed relatively swiftly.  On 2 October 2018 the Prime Minister announced that the law would be changed to enable heterosexual couples to enter into civil partnerships.

The announcement has been welcomed as a step towards equality for all couples although it raises a number of questions, from issues of timing and format to more fundamental concerns about the vulnerable position of cohabiting couples.

When will civil partnerships be extended to heterosexual couples?

At present, it appears as though civil partnerships may be available to all by the end of 2019 but there is no clear timetable in place.

A private member’s bill introduced Tim Loughton MP passed its third reading in the House of Commons on 26 October 2018 and will now move to the House of Lords.  The Civil Partnerships, Marriage and Deaths (Registration etc) Bill requires the government to bring into effect new laws to extend civil partnerships within 6 months of the bill becoming an Act.[iii]

However the bill does not have the backing of the government.  Penny Mordaunt MP, the Minister for Women and Equalities, gave a written statement on 26 October indicating that the government planned to launch a consultation before introducing legislation in the next parliamentary session, to ensure that the necessary legislative amendments are properly debated.

The government has not yet set out how it proposes to achieve its legislative aims in relation to civil partnerships.

The government asserts that the changes needed to extend civil partnerships are not straightforward, and they identify two issues by way of example:

Under existing legislation same-sex couples who have registered a civil partnership in England or Wales have been able to convert this to a marriage since 10 December 2014 through a relatively simple process, with the option of a ceremony.   Should it be possible in the future for heterosexual couples who are married to convert their marriage into a civil partnership and vice versa?

Marriage can be ended on the ground that the marriage has broken down irretrievably, relying on one of five facts which include adultery.  The definition of adultery is sexual intercourse with someone of the opposite sex outside of marriage.  This is not a fact which could be relied upon for ending a civil partnership as adultery is not recognised between same-sex partners.

This issue may become moot, following the much anticipated government pledge to overhaul the divorce process and reduce family conflict through what is being heralded as the introduction of ‘no-fault divorce’.  Consultation on this reform of the divorce process ends on 10 December 2018[iv] and it is widely anticipated that this will lead to the introduction of a notification system whereby one or both parties to a marriage or civil partnership will notify the court of the intention to divorce, removing the need to show evidence of the other party’s conduct or a period of living apart.

A number of additional issues will require consideration before legislative change can take effect.  These include:

The intra-UK position will also have to be considered.  The Scottish government launched their own consultation on whether to abolish or extend civil partnerships which closes on 21 December 2018, so it is not yet clear whether legislative reform on this issue will be consistent across the two jurisdictions.

Lord Lexden’s private member’s bill, the Civil Partnership Act (Amendment) (Sibling Couples) Bill, received its second reading in the House of Lords in July 2017.  It seeks to amend the Civil Partnership Act to make civil partnerships available to siblings who are over the age of 30 and who have lived together for a continuous period of 12 years.  This is a controversial issue and it seems unlikely that the current reform of civil partnership legislation will address this.

Not a substitute for cohabitation reform

The government’s announcement in relation to extending civil partnerships was welcomed by Resolution, an organisation of 6,500 family law professionals committed to helping people find constructive ways to resolve family disputes.[v]  But concern was expressed at the continuing vulnerability of those in cohabiting relationships, many of whom mistakenly believe that they have the same legal rights as those who are married or in a civil partnership.

The Minister for Women and Equalities stated that the government’s commitment to extending civil partnerships would ensure that “in future, opposite-sex couples will be able to benefit from the protections and security that a civil partnership provides”[vi].  For Rebecca Steinfeld and Charles Keidan, and other couples whose objections to marriage are ideological, the promised reform will offer a level of protection and security that did not exist for them before. While it is hard to gage demand for civil partnerships among heterosexual couples, it will be a benefit to have a range of relationship models available to all, underpinned by financial rights and responsibilities.

Crucially however, many cohabiting couples may not want to formalise their relationship and many more may simply be unaware of the financial risks of not doing so.  The myth of the ‘common law marriage’ persists, with a recent survey suggesting that as many as two-thirds of cohabiting couples were unaware that this does not exist.[vii]

There are around 3.3 million cohabiting couples in the UK, almost half of whom have children.  This is the fastest growing family type[viii] yet there has been no progress on legislative reform in England and Wales in the 11 years since a Law Commission report highlighted the inadequacy of the range of legal remedies available for cohabiting couples.[ix]  Resolution continue to call for an ‘opt-out’ legal framework which would make financial provision available upon relationship breakdown for cohabitants meeting an eligibility criteria.[x]

With the success of the ‘no fault divorce’ campaign and the government commitment to equality of access to civil partnerships, there is an optimism within the family law profession that change is coming.  But in the area of cohabitation, reform remains long overdue.  We must continue to press for basic rights for cohabiting couples, to provide financial protection for all families irrespective of their legal status.

Addressing the challenges of financial management in chambers